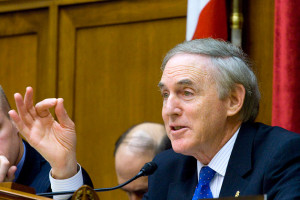 It has happened repeatedly through out history that a politician somewhere will be discovered to be an addict. Their addiction may be to sex, or drugs, or alcohol, or something more obscure. The press coverage is extensive and vicious, often resulting in a damaged or terminated career for the politician. It seems so black and white to the public. Why in the world would a politician jeopardize the career they worked so hard for? The reasons that a politician becomes an addict are much more complicated than many people think.

Stress is the most common culprit of addiction in politicians. Politicians experience an above average level of stress in the workplace because of how much responsibility falls on their shoulders. Anyone being watched by the public is going to experience stress due to it. Anyone who makes decisions on behalf of the public is going to fall under very tight scrutiny and criticism, and is going to have some very difficult decisions to make. This can be a very heavy burden to bare, and substance abuse often happens as a result when the politician cannot create a healthier coping mechanism for themselves.

The public wants to see their politicians living a completely untarnished life. They expect their politicians to not be flawed or have moments of weakness or any kind of moral deficiencies. This is often the image that politicians project, but the truth of the matter is, they are simply normal people with urges and flaws and tastes for things that not everyone agrees with. In order to satisfy their public, politicians often repress the things they would otherwise indulge in and end up so starved for what feels natural to them that they go to the other end of the spectrum, which is addiction.

And lastly, people in positions of power have been found to naturally struggle with addiction, but not for the reasons you would think. Powerful people are high functioning and effective; a lifestyle that rewards them with a significant amount of the brain chemical dopamine. Addiction is another method of achieving dopamine. Powerful people often show tendencies of both methods of achieving dopamine.