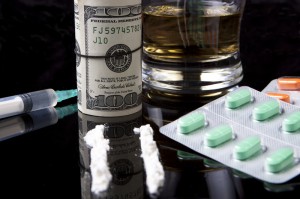 Voters would hope that the officials they elect into office would not have a substance abuse problem, but there is no guarantee of this. Substance abuse has been found to affect every level of society, regardless of age, gender, ethnicity or social class. The public is only becoming aware of this now through the mass media, but it has likely been going on for centuries. The most recent media story on politicians and substance abuse is Toronto Mayor Rob Ford.

Even more surprising to learn is that influential individuals, such as politicians, CEOs and executives, can actually be some of the most likely to run into problems with addiction. This is because the thrill-seeking, risk-taking behavior found in high profile individuals is the same behavior associated with seeking chemical highs, and whether it is a matter of choice or a matter of genetics, successful people and addiction frequently go together.

A misconception about the trend with public officials and substance abuse is that the substance abuse did not begin until the individual was elected to public office. Typically, an individual has already experimented with substances by the time they arrive in a position of power. The stress of the position, however, can push a person to use to such excess that the public catches takes notice.

Whether or not a politician should remain in office once their substance abuse is discovered is highly controversial. Washington D.C. Mayor Marion Barry was re-elected to a second term even after the public became aware of his crack cocaine problem. Ford attempted to campaign for re-election despite the controversy surrounding him, but ended up dropping out of the mayoral race due to health concerns and the need for rehabilitation. All that can be known for certain is that substance abuse is ultimately detrimental and requires professional treatment in order to be eliminated.