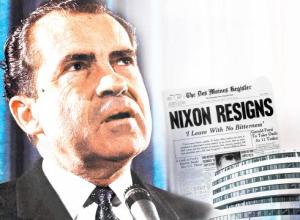 There are a number of ways that politicians can misuse their power, and through the course of history, each way has been realized at some point. There are good politicians and bad politicians, but it is the bad ones that have created a reputation for all of them. The dishonest politician is the one the public is most familiar with, and it is true that dishonesty is the cornerstone of all political corruption. Even worse than the dishonesty, however, are the acts that the lies aim to conceal.

A common lie that politicians will tell is how they are spending tax payer’s dollars. The public learns about financial decisions that reflect well upon the elected officials, but very seldom finds out about the other expenditures that come from the tax payer’s dollar, such as luxurious hotel stays during travel, expensive meals to entertain guests and lengthy long distance cell phone calls.

It is often the case that a politician will have used the tax payer’s dollars underhandedly, without their knowledge. This is another common problem with trust in the public office. Decisions are made behind closed doors that the public should be aware of, but are not. This may involve the allocation of money, agreements between jurisdictions, arrangements with private organizations, unethical waste disposal and much more.

The rigging of elections still happens much more frequently than we think. Occasionally a rigged election is exposed, but many go unnoticed. Rigged elections are not always for a particular political figure. Often they may simply be a ballot item. However, the current elected officials may feel they know better than the voting public on a certain matter and not allow power to be given to the public on the matter.

Politicians may also lie to the public about their sexual exploits, or their misuse of drugs and alcohol. Voters consider an elected official’s moral character to be their business, so naturally, politicians do their best not to let on about their questionable morals.